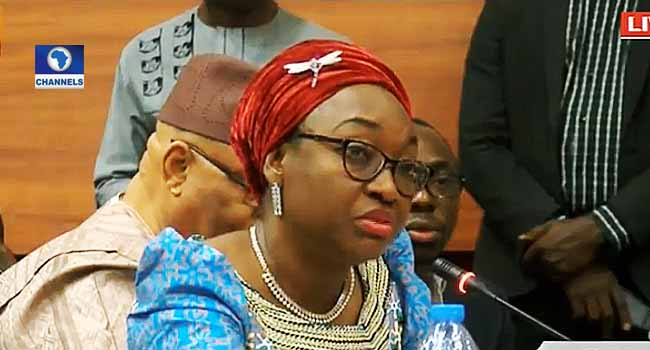 The Economic and Financial Crimes Commission (EFCC), is investigating the Head of Service, Winifred Oyo-Ita.

The Head of Civil Service is being quizzed by the anti graft agency over alleged N3bn contract scam.

Sources told Channels Television that she is also being investigated over alleged abuse of duty tour allowance, money laundering and alleged theft of government funds.

Mrs Oyo-Ita is said to have being granted an administrative bail but is now hospitalised under the close watch of the anti-graft agency.