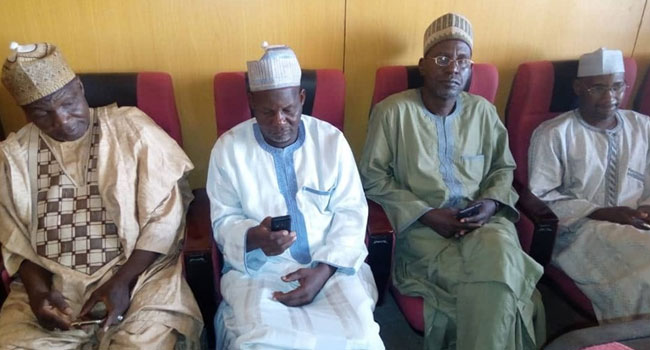 The Economic and Financial Crimes Commission, EFCC Gombe Zonal office on May 16, 2019 secured the conviction of Atiku Mu’azu Bayum, Mohammed Adi, Ibrahim Abubakar and Abubakar Usman on a two-count charge bordering on conspiracy and theft before Justice Beatrice Iliya of the Gombe State High Court, sitting in Gombe.

They were alleged to have as Chairman, Chief Store Officer, Chief Accountant and Director of the Gombe State Board of Internal Revenue, respectively, conspired and stole the sum of N25,060,000 (Twenty Five Million and Sixty Thousand Naira) only, belonging to Gombe State Government.

Count two of the charge reads: “That you, Atiku Mu’azu Bayum, Mohammed Adi, Ibrahim Abubakar and Abubakar Usman sometimes between January and July 2015 at Gombe, Gombe State within the jurisdiction of this Honourable Court with intent did dishonestly commit theft to wit: fraudulently convert the sum of N25,060,000 (Twenty Five Million Sixty Thousand Naira) property of Gombe State Government and thereby committed an offence contrary to and Punishable under Section 286 and 287 of the Penal Code Law, Laws of Northern Nigeria.”

They all pleaded “guilty” to the charges.

Prosecuting counsel, O. Israel, urged the court to convict them accordingly.
Defence counsel, L.A. Haruna on his part pleaded on behalf of his clients to temper justice with mercy as the convicts were first-time offenders and didn’t waste the “precious time” of the court and pleaded guilty on the day of their arraignment and that they had made some restitution and intended to fully restitute the whole amount.

Justice Biatrice, thereafter, pronounced them guilty and convicted them to pay fine of N100,000 (One Hundred Thousand Naira) each following the allocutus by the defence counsel.