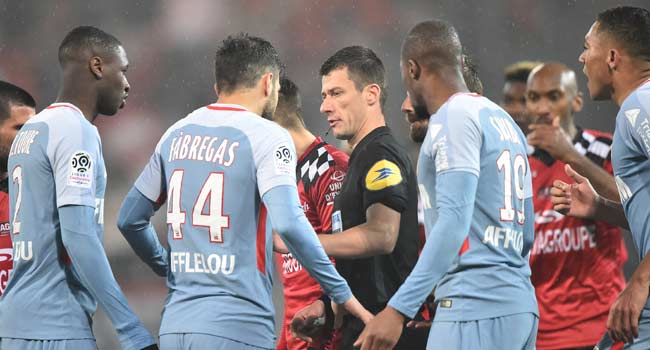 Monaco midfielder Cesc Fabregas Eyes Champions League Return With Monaco said on Wednesday his main aim is to take the Ligue 1 club back to the Champions League, a trophy he is yet to win in his illustrious career.

Fabregas joined the Principality outfit in January from Premier League outfit Chelsea but they will miss out on European competition altogether as they sit in a lowly 16th position in Ligue 1 with seven games to go.

“For next season the objective set by the club is clear, we are not here for a good time. We are here to take Monaco to the Champions League, it’s my dream,” he said.

The closest Fabregas has come to lifting European club football’s most coveted prize was as a runner-up with Arsenal in 2006.

A World Cup winner with Spain in 2010, the 31-year-old said he left Stamford Bridge due to a decrease in playing time under new boss Maurizio Sarri, who signed midfielders such as Jorginho and Mateo Kovacic last summer.

“I could have extended my contract with Chelsea. A new coach came in with players like kids. It wasn’t possible for me to play anymore,” Fabregas said.

Fabregas arrived at Monaco to work with former teammate Thierry Henry as the boss but he was sacked and replaced them by the club’s former head coach Leonardo Jardim after less than fourth months in charge.

“It’s true, Thierry’s departure was a shock, but it’s in the past. I’m thinking about Monaco’s future, its rescue and my future, which will be here,” he said.