#1
The Media Aide to the former Governor of Anambra State, Mr. Peter Obi, has confirmed the searching, by the Economic and Financial Crimes Commission (EFCC), of the flat occupied by the former Governor in the building in Ikoyi Lagos where the Agency last week discovered large sums of money in various currencies amounting to N13 – N15 billion. 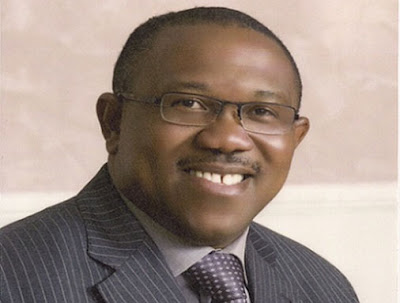 Speaking to the press seeking confirmation of the search on Tuesday, Obi’s Media Aide, Valentine Obienyem, who revealed that the Ex-Governor is resident in Onitsha, said that the apartment rented by the wife of the former Governor was usually where Mr. Obi stayed anytime he was in Lagos.
Obienyem, who cautioned against mischief makers seeking fault in Obi, made it clear that the entire tenants in the building were also searched.
“Even though Mr. and Mrs. Obi had travelled to the USA and the U.K. for speaking engagements, when we relayed the message of the search to him, he quickly sent the keys to the 4-bedroom apartment to the EFCC via courier. He even left instructions that we should allow them to also search his Onitsha residence should there be need for that. After the thorough searching, nothing was found in the apartment,” Obienyem said.
He disclosed that during the search one of the EFCC operatives was overheard doubting if the apartment had anything to do with Obi, citing the fact that it was the simplest in terms of furnishing, whereupon one of them told him:

“E be like say you no know the man? You no know say the man still dey enter economy for plane; dey sleep in cheap hotels and no dey chop money nor allow those close to him to chop? Which kind Governor or him wife go come rent apartment built by a fellow former Governor after governing a state for eight years? Dem say apart from being a former Governor, the man dey wealthy.”
You must log in or register to reply here.
Share: Facebook Twitter Reddit Pinterest Tumblr WhatsApp Email Link
Top