Matador Lands In A Hospital After Being Gored In The Butt By A Raging Bull. Photos 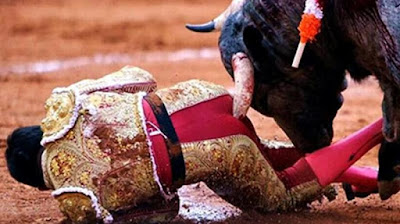 A Mexican matador had to have surgery to have his rectum rebuilt after a particularly nasty encounter with a raging bull. Antonio Romero required reconstructive surgery after the bull charged and gored him from behind. Romero's doctor Rafael Vaquez Bayod told Mexican media that the bull's 12 inch horn has penetrated his patient's rectum to a depth of "approximately 30 centimetres".

Video footage shows the bull charging at Romero, knocking him to his feet, before tossing him over, goring him in the process. 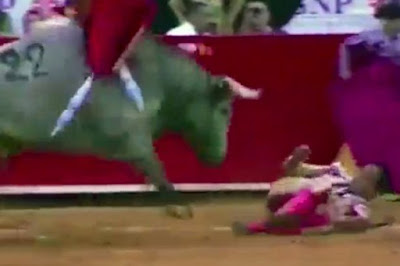 Romero is then seen rolling over in agony in the bullfighting ring in Mexico City.

In a statement, Dr Bayod confirmed that Romero underwent surgery twice in an attempt to "reconstruct his perirectal area".

There were no complications during the operation and Romero is expected to make a full recovery after several months of rest.

He has been advised that rehabilitation will be slow and he should expect to be out of action for some time.

After the operation, Romero posted a picture online of himself lying in a hospital bed with his thumbs up.

Alongside the picture, he wrote the message: "I am thankful for the displays of affection, it's an extra motivation [to get better]." 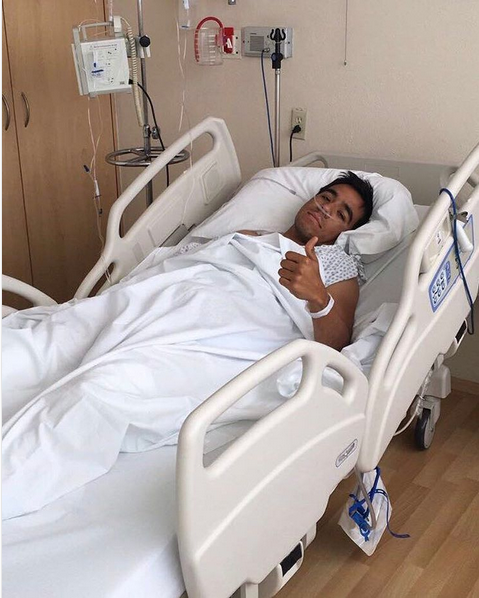