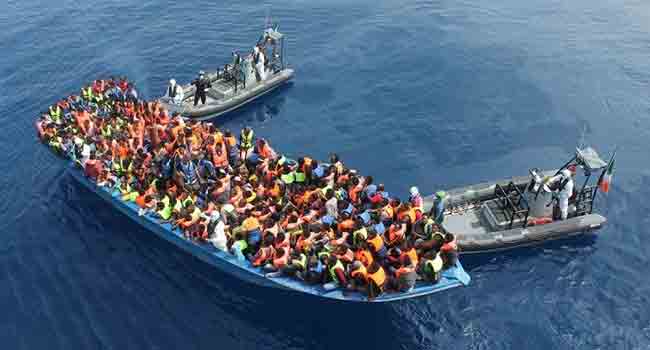 Fewer than a quarter of the more than 1,000 migrants who died crossing the Mediterranean to Spain from North Africa since the start of 2018 have been found, a Spanish group said Tuesday.

The remains of 204 migrants were retrieved of the 1,020 who disappeared while attempting the crossing between January 1, 2018 and April 30, 2019, migrant rights NGO Caminando Fronteras or “Walking Borders” in English, said in a report.

“But we are certain of these cases because our job is to investigate with the families, to put a name to each (victim) and document how these shipwrecks happen. Families are being denied the right to mourn,” she added.

The group’s figures are close to those of the International Organization for Migration (IOM) which found that 952 migrants died or were missing while trying to reach Spain from North Africa since the start of 2018.

Following crackdowns on immigration by Italy and other countries, Spain last year became the preferred route to Europe for migrants although those numbers started falling dramatically at the start of this year.

Many have crossed the 15-kilometre (9-mile) Strait of Gibraltar from Morocco, often in small, overcrowded inflatable boats unfit for open waters.

Spanish Interior Minister Fernando Grande-Marlaska said last week that Spain’s policy regarding the rescue of migrants has not changed.

Twelve boats carrying migrants to Spain have gone missing in the Mediterranean Sea since the start of 2018, according to Caminando Fronteras.