New Bride Hangs Herself After Recording A Video Saying Sorry To Her Mum... 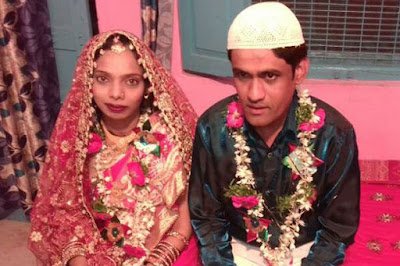 A 20-year-old bride recorded a heartbreaking video claiming she had been tormented by her husband and his family, before hanging herself. Anjum Faizan, 20, accused her husband and in-laws of harassing her for dowry, and dumping her at her parents’ house when she did not heed their demands.

She can be seen talking to the camera at her parents home in Maharashtra, India before she takes her own life in the bathroom.


Her parents found her body after they broke down the bathroom door when they couldn't find her in the house for a long time.

In her tragic final message to the world, Anjum begged her mother for forgiveness and alleged she was being tortured by her husband, Arif who is also known as Irfan. 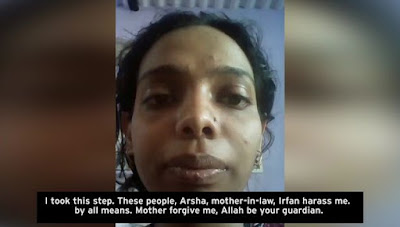 She also asked Allah to be her mother's "guardian" in the heartbreaking clip.

Anjum, from Yakutpura in Hyderabad, Telangan also claimed her in-laws were harassing her over issues relating to money, according to India Today.

The couple married just two months ago on January 13.

Anjum claimed she was being tormented by her husband's family for dowry - a sum of money brought by a bride and given to her husband upon marriage.

She said: "I took this step. These people. Arsha, mother-in-law, Irfan harass me by all means.

"Mother forgive me, Allah be you guardian." 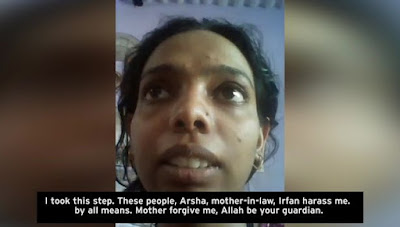 A case has reportedly been brought against the in-laws and further investigation is underway.
A

Thanks AK Thats the one I was talking about. The kid in front of the one you highlight is interesting too.

The one close-up of that group of people is so clear. Did you do that?
C

Something Ive noticed recently is when using the "view first unread post" button on topics that only have one or two pages is that when a topic is only has one page that this button just takes me to the very first post even if Ive already read it, and if the topic has two pages and posts on the first page I havent read yet theyre ignored and Im taken right to the second page. Has anyone else noticed this happening or is it something weird thats only effecting me?
You must log in or register to reply here.
Share: Facebook Twitter Reddit Pinterest Tumblr WhatsApp Email Link
Top