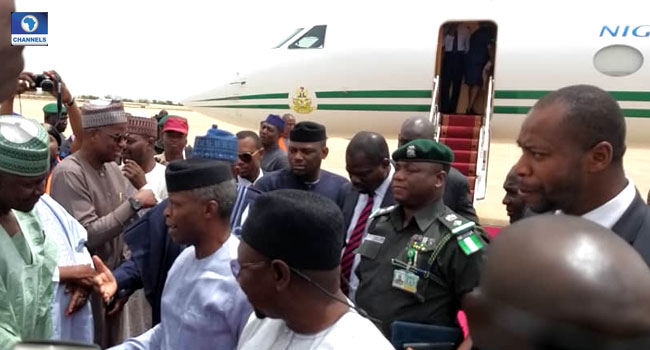 Vice President, Professor Yemi Osinbajo, has arrived Bauchi to inaugurate some electrical projects in the state.

Prof. Osinbajo who arrived on Saturday at the Tafawa Balewa International was received by the Governor, Mohammed Abubakar, members of the State Executive Council and party supporters.

The Vice President has however left in a chopper for Burra, Ningi Local Government Area, where he will inaugurate a rural electrification project and a shared facility for MSMEs and health schemes initiated by the state government. 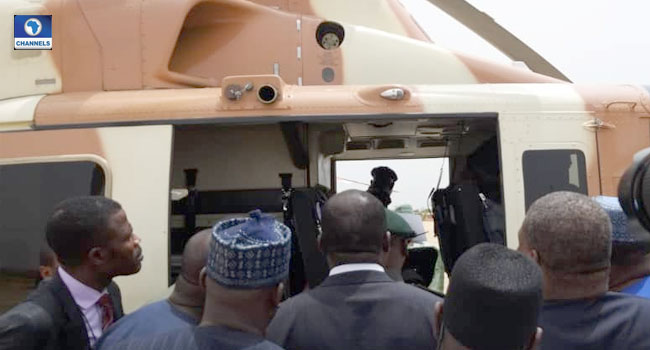 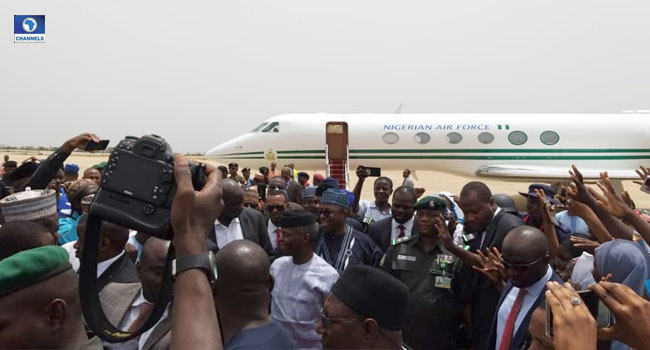