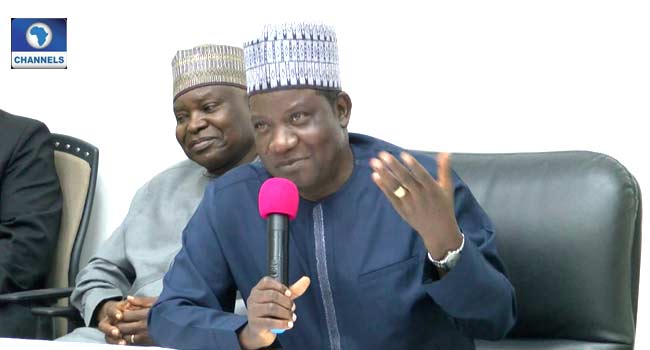 The Plateau State Governorship Election Petition Tribunal has reserved judgement in a petition filed against Governor Simon Lalong and the All Progressives Congress (APC).

The tribunal reached the decision after all the parties involved in the suit presented their submissions for the final written addresses and outlined their various positions in respect of the petition.

Leading counsel to the petitioners, Mike Ezekhome during the tribunal on Friday urged the tribunal to make a consequential order sacking Governor Simon Lalong from office and in his place order for the swearing-in of the second runner up, Jeremiah Useni.

According to the counsel, this is owing to the failure of the Independent National Electoral Commission (INEC) to follow its guidelines in the conduct of the 2019 Plateau State Governorship Elections.

He argued that Governor Simon Lalong was not qualified to contest the said elections.

Counsels to the respondents, INEC, APC and Governor Lalong, after the adoption of their written addresses urged the tribunal to dismiss the petition since it has not been proven by the petitioners.

The petition challenging Lalong’s victory was filed by Jeremiah Useni and his party, the Peoples Democratic Party (PDP).

The Plateau State Governorship Election Petition had seventy-seven witnesses which appeared for both the petitioners and respondents. The petition involves disputes across 742 polling units with several documents and exhibits presented during proceedings.
You must log in or register to reply here.
Share: Facebook Twitter Google+ Reddit Pinterest Tumblr WhatsApp Email Link