US Cop Cleared Of Murder Rehired To Get Pension – Reports 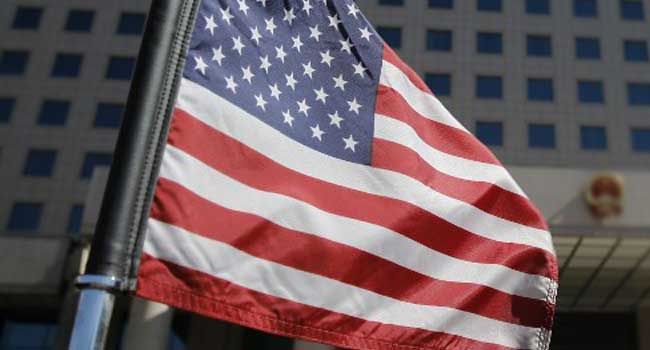 A US police officer acquitted of murder after shooting an unarmed man in a case that shocked the nation was briefly rehired so he could get a pension, reports said Friday.

Philip Brailsford killed Daniel Shaver in January 2016 in the hallway of an Arizona hotel after police received a call about a man pointing a rifle out of a window.

Graphic video showed 26-year-old Shaver – who had a pellet gun he used for work in his room but was unarmed when confronted by officers – sobbing and begging for his life on his knees moments before he was gunned down.

Brailsford was fired from the force after the shooting and charged with murder but was acquitted at trial in 2017.

According to local officials, the 28-year-old reached an agreement with the city of Mesa in August 2018 that called for him to be rehired temporarily so that he could claim a monthly accidental disability pension and medical retirement.

“He was eligible for retirement benefits, so he applied for them,” Mesa City manager Chris Brady told ABC15.

Brady told the station that Brailsford had filed a claim of post-traumatic stress disorder (PTSD) in connection with the shooting.

According to city documents, Brailsford was rehired by the Mesa Police department for 42 days in August of last year so that he could file for disability.

Local officials said he was receiving about $2,500 a month in disability.

Brailsford was fired from the police force after shooting Shaver — a married father of two – for violating department policies.

Bodycam footage made public following the trial showed Shaver on his knees complying with the officers’ instructions over the course of several minutes and saying “please don’t shoot me.”

Shaver, who was inebriated, then appeared to reach to his back, possibly to pull up his shorts, before Brailsford fired five bullets at him with his AR-15 assault rifle.

Shaver was unarmed when he was shot but officers discovered a pellet gun in his room that he used for his job in pest control.

Local police at the time defended Brailsford’s actions, saying he had acted in accordance with department policy.