#1
Africans in India are currently under attack following a candlelight vigil held for a 16-year-old Indian teen who died in an apparent drug overdose.

The attack on Africans in India which has led to the hospitalization of at least four persons with several others injured comes after the Indian police released five Nigerians suspected to have been involved in the Indian teen’s drug overdose which led to her death.


Another image which surfaced online showed the mob to have damaged a car which was reportedly hit with sticks repeatedly.

Local police revealed that at least 10 Africans sustained various degrees of injuries from the mob attacks.

Most victims of the mob attacks were targeted while they shop in the Ansal Plaza shopping center according to the Hindustan Times.


Speaking on the attacks, a senior police officer, Sujata Singh told AFP: “Rumors were being spread that Africans are behind the youth’s death and racist comments were made on social media. It looks racially motivated.

“Five attackers have been arrested and four others are on the run.”

The senior police officer further revealed that about 300 people were involved in the attacks on Africans in India.

The attack however led to the release of a warning by the Association of African students in India via its Facebook page advising students living in Greater Noida to remain indoors.


The post on the Association’ Facebook page reads: “The Association of African Students in India request All African Students Residing in Greater noida-Uttar pradesh to remain indoor at their home abstain from the lecture of Tuesday 28 march 2017 and be vigilante as per the recent increasing number of attacked which we can not justify the exact figure as we are receiving calls from all angles seeking for police assistance. until the police effectif will be reinforced and tight the security ,mainwhile you can always call the police foreigners help line number is available 24/7 for an emergency on :

We kindly request your cooperation for the safety of all.”

The Indian police authority has however revealed that the release of the five Nigerians in its custody connected to the overdose case came after it failed to establish connections and evidence against them. 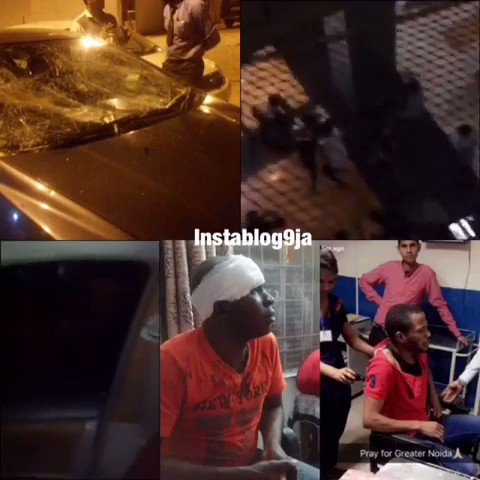